“We have seen him do magic things at Manchester City.

“At Sunderland it has not gone so well for him, I understand, but he’s still that great player, and it is just a question of getting the most out of him. 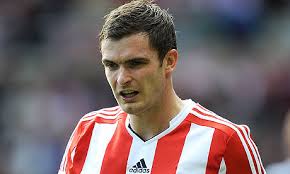 “If we get Adam Johnson right though, we will get one of the best players in the Premier League.

“I don’t see any reason why people should not talk about him for England again if he keeps playing like this.

“We have seen Theo Walcott this month and how unlucky he has been with the injury which means he misses the World Cup.

“And if Johnson keeps playing consistently well, then of course he can make the plane to Brazil, especially with Walcott out.

“It is a pleasure to play with players of the experience of John O'Shea and Wes Brown because they have seen it all and I can learn a lot from playing with them.

“They know exactly how they should react in any situation and they work and support you throughout the game.

“It’s also a pleasure to play with Vito Mannone, who looks so solid in goal.”