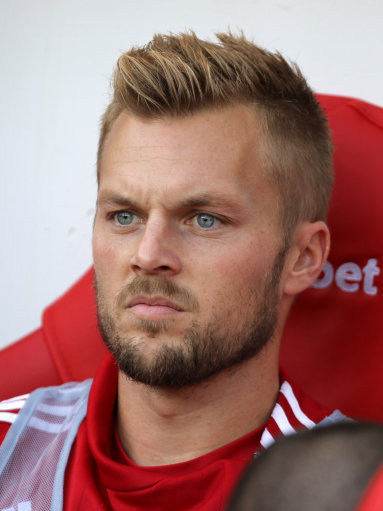 Sunderland veteran midfielder Sebastian “oh hasn’t he got lovely eyes” Larsson, is said to be a possible target for Italian outfit Fiorentina.

In the transfer merry-go-round gossip is that if AC Milan sign Fiorentina midfielder, Croatia international Milan Badelj, then Fiorentina will then target Sunderland midfielder Seb Larsson.

The Swedish international has been at Wearside since 2011, but has missing a great deal of this current season due to injury.  The set piece specialist who was once voted Sunderland fans player of the season is in the final part of his current contract with only 6 months left.

It’s unclear if the Black Cats will table a new deal to the 31 year old, if not Sunderland may want to cash in on the last six months, before he will be available on a free transfer. – Although Sunderland could well be holding on to see what position there are in at the end of the season before offering any deals.