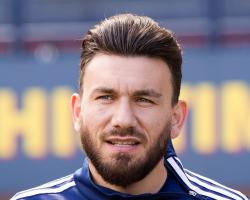 The 29-year-old Scotland international has been told he can leave his current club just seven months after his arrival from Hull in a ÃÂ£10.2million deal.

Grayson had revealed earlier this week that the Black Cats had missed out on a move for Bournemouth's Max Gradel despite reaching an agreement with the Cherries.

Asked if he was interest in Snodgrass, with whom he worked during their time together at former club Leeds, Grayson told a press conference: "When people like him become available you would be foolish not to consider it.

"Again, that would be a deal dictated by finances

Can we do it? Who knows, but we might ask the question."

Sunderland entertain Leeds in the Sky Bet Championship on Saturday evening having taken five points from the first nine on offer.