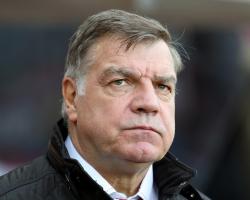 The 24-year-old midfielder has put pen to paper on a four-and-a-half-year deal and is Sunderland's fifth signing during the current transfer window.

"He has many attributes, not least his delivery from wide areas and set pieces and of course his ability to score goals.

"His versatility will certainly complement our existing forward options and I'm delighted to welcome him to the club."

Khazri started out at Bastia and in 2014 moved on to French rivals Bordeaux, for whom he made over 50 appearances.