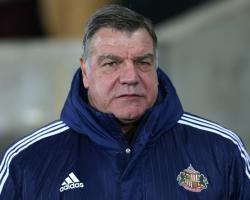 Reports in France claim he has signed a four-and-a-half year deal with the Premier League side.

The statement read: "The club has reached an agreement with Sunderland AFC for the transfer of Wahbi Khazri.

"The playmaker has a great opportunity with the English club, and he was therefore allowed to go to England to negotiate with them."

And he will consider the capture of Khazri a victory after reports this week that both Everton and Aston Villa were also tracking the player.