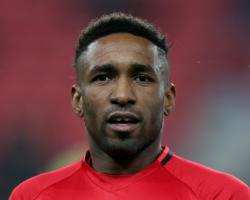 Manolo Gabbiadini rekindled memories of his namesake Marco on Wearside as Southampton cruised to a 4-0 Premier League victory at bottom-of-the-table Sunderland.

It will be 30 years in September since Marco Gabbiadini arrived at Roker Park in an B#80,000 switch from York and forged a partnership with Eric Gates which brought him 87 goals and a permanent place in the hearts of Black Cats' supporters.

But Southampton's B#14.6million January signing from Napoli left the locals among a crowd of 39,931 cursing his surname as he scored a first-half double to set the visitors on the road to just a second league win in eight attempts, with Jason Denayer's own goal and a fourth from substitute Shane Long completing the rout.

Sunderland boss David Moyes and his players are due to head off on a team-bonding trip to New York next week, but there are certain to be a few restless nights for them in the city that never sleeps.

Buoyed by their resounding 4-0 win at Crystal Palace last weekend and sensing an opportunity to climb from the foot of the table as the Saints arrived at a wintry Stadium of Light with one eye on the EFL Cup final, the home side started in promising fashion.

Darron Gibson, making his first start for the club, and Didier Ndong drove them on as they pushed the visitors back, and, had 14-goal striker Jermain Defoe been able to react quickly enough to convert Adnan Januzaj's near-post driven 15th-minute cross rather than stab his effort wide of the post, they might have had some reward.

But Southampton gradually eased themselves into the game with full-back Ryan Bertrand enjoying the space he was afforded down the left, and that particular avenue proved profitable on the half-hour.

Bertrand's teasing cross sent defender Lamine Kone and Gabbiadini - who had earlier scuffed a shot across goal - into battle at the near post and the ball ended up in the net with replays suggesting it had done so via the striker's shoulder.

But there was no doubting who had got the final touch when the Saints extended their lead as the clock ticked into first-half stoppage time with the Black Cats visibly wilting.

O'Shea was replaced by midfielder Steven Pienaar at the break, but things might have got worse within seconds of the restart when Gabbiadini volleyed straight at Mannone.

Sunderland were bereft of ideas and found themselves under unrelenting pressure with Mannone beating away a stinging 63rd-minute Tadic drive after he was allowed time and space to cut inside.

Saints goalkeeper Fraser Forster made his first save with 66 minutes gone when he fielded Ndong's speculative effort, but Mannone had to palm away Long's header and a shot from Nathan Redmond as time ran down.

However, the Italian was powerless to resist when Denayer turned Bertrand's 88th-minute cross past him, and Long added to the hosts' misery in stoppage time.