A lot of us find ourselves at a bit of a loose end in the current climate. We're all wondering: What's the best way not only to pass the time, but simultaneously ensure you're making the most of your day's spare hours?

Well, once you've binge-watched the recently released second season of ​Sunderland 'Til I Die, there's only one thing left to do....

Get cracking with a brand new Football Manager 2020 career with the Black Cats. And to bring you maximum enjoyment in doing so,90min

First thing on the agenda is...

This one is vitally important. You don't need to be a genius to understand that the first thing on your agenda is to get Sunderland back up to the ​Championship.

It doesn't matter how you do it, just make sure to get it done. If you're serious about building a promising future for the Tyne and Wear side, it's not an over-exaggeration to suggest Championship promotion is the single key that will unlock the path to any potential of future success you might have. And, all memories of the painful 2019 play-off final loss to Charlton Athletic must be banished.

​Congratulations if you manage the above. Next on the list - don't pretend you'recontent with life in England's second tier. We all know the Black Cats belong in the ​Premier League, and it's time to take them back to the top flight of English football.

Your season in the Championship is but a mere interim period en route to your Premier League return. And we all love a bit of play-off drama when it comes to battling it out for promotion - so how about landing that third and final place after winning the play-offs? Having finished the 2016/17 campaign bottom after gaining an embarrassing 24 points under David Moyes, Sunderland will then be free to wipe their tarnished Premier League slate clean. A fresh start.

Once you've re-established the status quo, it goes without saying you're in it for the long run. The hard yards you've put in to rise up the divisions is not about to be undone.

No, ensure that your club sails on in a safe and stable manner, and set your sights on the next big thing - finishing above your arch-rivals ​Newcastle United. What would be even better is if you finished 17th. Yes, you have probably run the risk of relegation more than you might have liked, but if you can finish a place above the Magpies in these circumstances, it's happy days for all Mackems.

Yann M'Vila (having played for both Sunderland and Inter) claimed the Tyne-Wear derby was a greater sporting spectacle than the Milan derby. Who knows whether that's true, but we do know this particular derby is always a game of considerable importance for both sides.

The first derby was contested way back in 1883, and to this day the spoils are shared - 53 victories apiece. But you can earn the bragging rights, the question is how? ​​Jordan Henderson might be a Champions League winner with ​Liverpool, and be on course to captain the Reds to their first top-flight title in 30 years. But, lest we forget where it all began - it was indeed the Stadium of Light. 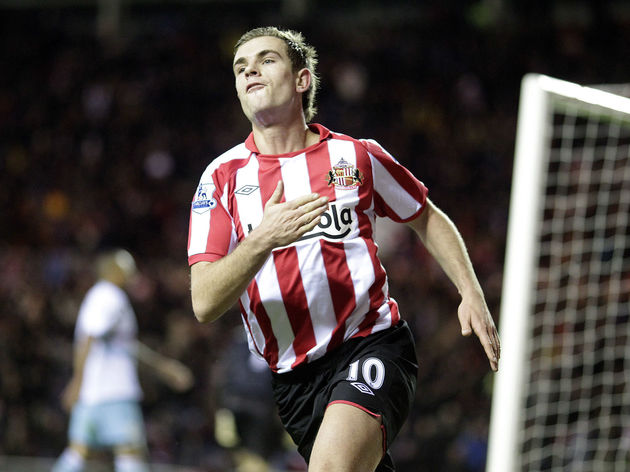 Hendo signed for Sunderland aged eight, and was on the books for 13 years before leaving the club of his heart in 2011.

By the time you're back fit and fighting in the Premier League, the Englishman would have won the title with Liverpool, and be moving towards the final stages of his career. Why not give him the perfect send off by launching an audacious bid to have return to his beloved boyhood club?

Now most people don't know that Sunderland sit sixth in the all-time records for top flight title wins. Granted, they are currently seventh in League One, and have undergone a drastic decline over the past few years. It might take you a while, but once you've assembled a side capable of challenging for the Premier League title, recording the club's seventh top flight championship will see them move above ​Chelsea and ​Manchester City to officially become England's fifth most successful side ever.

Go on, make it happen.