Museum founder Michael Ganley, a lifelong Sunderland fan, has been using his connections in the world of the sport to collect a series of videos from ex-players of the club such as former captain John O'Shea and French international Eric Roy, recollecting their favourite moments in red and white.

Club legends and cult heroes alike have been getting in front of their cameras and candidly speaking to fans about the good times they shared together.

Ganley, who has personally collected the extensive array of memorabilia on display at the museum over the last 30 years, spoke to 90min about the importance of the football community keeping in touch with its fans during these difficult times.

“It’s crazy that the world we live in holds football to the highest esteem. What I find though, is that despite the pandemic, people still want to talk about football.

“The unique aspect of the ​Fans Museum is that we do a lot of work surrounding mental health issues, but we don’t promote ourselves as a mental healthcare centre. This means we can reach more of the community, people who may not want to admit they have a problem and start to help them as early as possible.

“The videos are about keeping the game in front of people's eyes. Bringing people together.”

The museum carries out vital work in the community, supporting people with mental health issues, working with dementia patients, and running community outreach programmes for children. Many of the volunteers who help run the museum have a personal understanding of these issues themselves, and have been some of the hardest hit by the lockdown in place across the UK. This was the main reason behind reaching out to the ex-pros, to show that nobody is alone while they’re part of the wider football community.

“I did it to help my team while they’re in lockdown," said Ganley. "I get messages from all over from people saying how much help they’ve gotten from the museum. It’s given a new lease of life to so many people.

“The official club statements about this pandemic come across as too sterile, I feel. They’re not from the heart. We’re about inspiring people, and there’s a continuity between the videos with that in mind.

“They’re videos of people that the fans admire, talking about happier times. It’s about keeping the communication, which is vital to people who suffer with mental health. That’s why we don’t call it the Sunderland Fans Museum, because it’s for all fans to come together and communicate.”

There have been videos posted from former Brazilian centre-back Emerson Thome, 1992 FA Cup hero John Byrne, and club icon Kevin Phillips who recreated his famous goal against Newcastle in his back garden – his sons providing the cross and goalkeeping.

There are plenty more to come as well, with more and more former pros contacting Ganley every day about getting involved.

“We had about 20 get in touch at first, but there’s constantly more and more wanting to be a part of it. We’ve started getting players who never even played for Sunderland asking how they can get involved. At the end of the day, we’re all human beings, and at the base of it, football players are football fans. They just want to be involved in football.”

The Fans Museum is a shining example of how the idea to connect a community through a shared love of football can transcend the sport. Whilst Ganley and his team may not be able to support people in person right now, his vision and dedication to the work is continuing to be vital in these troubled times. 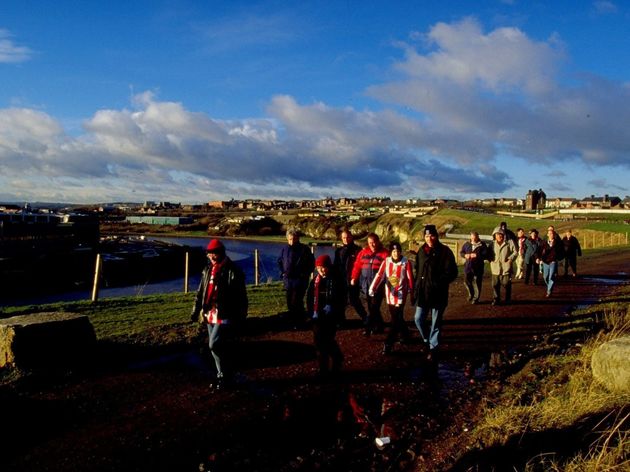 The use of videos to keep morale up goes back to the very essence of what makes football the most popular sport throughout the entire world, and how one bloke from Sunderland is doing his best to remind everyone of the importance of that message.

“Fans have always been there to support the players," he says. "And the players want the support of the fans. It’s all about communication, especially in the age of media. The thing about all fans from the North East is we love the game uncontrollably, and that’s what resonates with the players.”