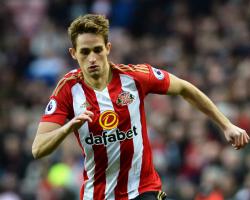 The 22-year-old is currently on loan at the Stadium of Light from Manchester United, but reports have suggested the French club have inquired about his situation with a view to completing either a temporary or permanent move this month.

However, sources on Wearside have insisted the season-long agreement which took the Belgium international to the north-east includes no right of recall and therefore he is their player until the end of the campaign.

Januzaj, who made his senior breakthrough at United under now Black Cats boss David Moyes, has endured a testing first half of the season, but has started to show in recent weeks what he can bring to the team.

Meanwhile, keeper Jordan Pickford could return to action sooner than expected after making good progress in his recovering from a cruciate ligament strain.

Moyes had expected to have to do without his England Under-21 international until the middle of February, but is now hoping he could be available by the end of this month.