Sunderland 'Til I Die: 5 Things to Look Forward to in Season 2

​The best football docu-series is back on Netflix, with Sunderland 'Til I Die returning for season two on 1 April.

The first run of episodes charted a pretty unanimously bleak 2017/18 season for the Black Cats, who dropped from the Championship into League One. While ultimately something of a tragedy, the show's first season success lay in managing to show everyone involved with the club, from the directors to the playing/coaching staff and (of course) fans, in a deeply human way.

Season two continues the journey with Sunderland. Here are six things to look out for from episode one.

With the new season comes a host of new characters, none more instantly limelight stealing than the club's new MD Charlie Methven.

The new administration's self-described 'ideas man' - dressed in a variety of boldly coloured chinos - is seemingly the polar opposite to new owner and business partner Stewart Donald. Donald, who seems more down-to-earth with his slight West Country accent and cliched soundbites of 'getting things back on track', comes up with the initiative to get the fans and players to help out with changing the faded-pink seats. Meanwhile, Methven's 'big idea' in ep one is to switch up the matchday entrance music to something more...well, 'a little bit Ibiza'.

After pitching the idea to get a pre-match rave vibe going to his depleted marketing team, we cut to Methven on the Stadium of Light pitch testing out the acoustics.

It's all wonderfully Brent. Sunderland's struggles financially and in terms of playing staff are put into stark focus early on.

In an early and very, very sweary scene, we see Methven in a finance meeting revealing that the club had been spending £7m a year on interest alone (more than they receive in ticket sales), while all the club's top earners (still on Premier League money) are being jettisoned in the new austerity era.

'The piss-take party is over', says Methven.

Still, you need some footballers to actually play the game and, at one point in pre-season, a graphic shows that Sunderland have just nine first-team players.

Then there are the inevitable injuries to contend with...

Beginning of the End for Josh Maja

Whether a deliberate ploy of the filmmakers or not, the early signs of Josh Maja's discontent, or perhaps just disinterest, are apparent as the club's hottest young star is shown turning up late for pre-season, giving the excuse: "I was just chilling at home". Ah. 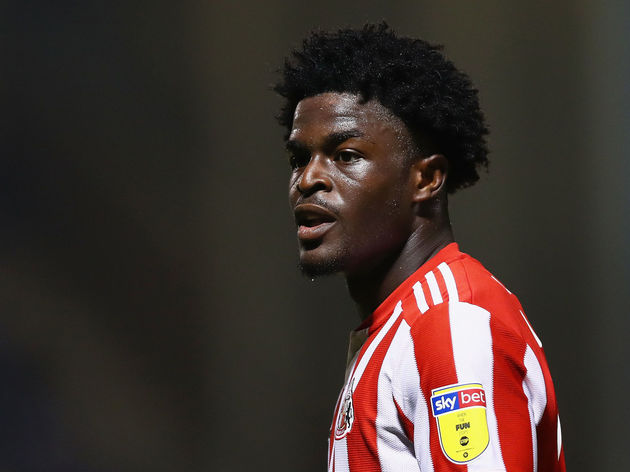 Most watchers will already know what happened next for Maja - who was offered a new contract - and the inside story of his January exit is likely to be a key point of interest for fans in the upcoming episodes.

Warning: May Cause Loss of Fingernails

As we learned in season one, no matter what planning goes on in the boardroom, the dressing room or on the training ground...things are never easy for Sunderland AFC.

The League One 2018/19 season starts with a home fixture against Charlton Athletic on an almost unfeasibly sunny day at the Stadium of Light, as the new owners look to kick off the new regime with a win.

It's impressive that even a game in August can be made to feel like a cup final, while viewers with heart and other health conditions may need to prepare themselves for what is going to be an incredibly tense season.

The Fans Are Still the Stars As with the first season, one of the great joys of Sunderland 'Til I Die is the shots of fans on matchday fully engrossed and letting it all out emotionally with complete abandon, as the players grapple to match the same level of commitment on the pitch.

We feel their anticipation, frustration, pain, joy and even boredom in an authentic way that feels like an antidote to performed emotion in the selfie/YouTube age.

A big reason the show works is because it's Sunderland and Sunderland matters so much to so many people in such a special way.

The scene in which fans pitch in with the players and staff to help change stadium seats is also a wonderfully uncynical reminder of what the club means as part of that community.