Sunderland wait on Lamine Kone after agreeing fee with Lorient 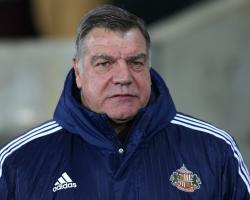 Manager Allardyce has twice ended his interest in the 26-year Ivorian this month with the Black Cats initially cooling on a ÃÂ£5million deal and then negotiations breaking down on the other side of the Channel after a loan move had been proposed.

However, the transfer has been resurrected once again with Lorient vice-president Alex Hayes confirming that the club had received a bid it "couldn't refuse".

Hayes told Ouest France: "Sunderland have come back with a firm offer that we couldn't refuse

The ball is therefore in Lamine Kone's camp

He has to make his decision in the coming hours."

Allardyce has signalled his intention to bring in another defender and an attacking player before the end of the transfer window having already signed Jan Kirchhoff, Dame N'Doye and Steve Harper.

Sunderland are also monitoring full-back Mathieu Debuchy's situation at Arsenal as he looks for regular club football ahead of this summer's Euro 2016 finals, although they face a battle with fellow Barclays Premier League strugglers Aston Villa if they are to strike a loan deal.

A successful swoop for Kone could see Uruguayan defender Sebastian Coates leave Wearside with the former Liverpool player understood to be the subject of talks with Portuguese club Sporting Lisbon.