The England Under-21 international returned to Hillsborough for a second temporary stay in November and was not due to return to the Black Cats until next week.

Black Cats boss Gus Poyet is currently in the hunt for a new striker and his decision to recall Wickham will be a blow to new Wednesday boss Stuart Gray. 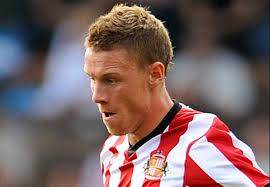 Wickham, 20, has been instrumental in Wednesday's resurgence under Gray, scoring eight goals in his 11 appearances.

The former Ipswich forward, for whom Sunderland paid B£8.1million in June 2011, has been a virtual ever-present for Gray, although he has not been eligible for the Owls in the FA Cup.

Wickham scored two goals in seven appearances for Sunderland earlier in the season before falling down the pecking order under Poyet and previous boss Paolo Di Canio.